It was then intended to train massagers-hydrotherapists meeting the needs of thermal establishments and to set out a profession of medical physiotherapists.
Few schools existed at the time, thus Vichy has become one of the oldest schools in France. 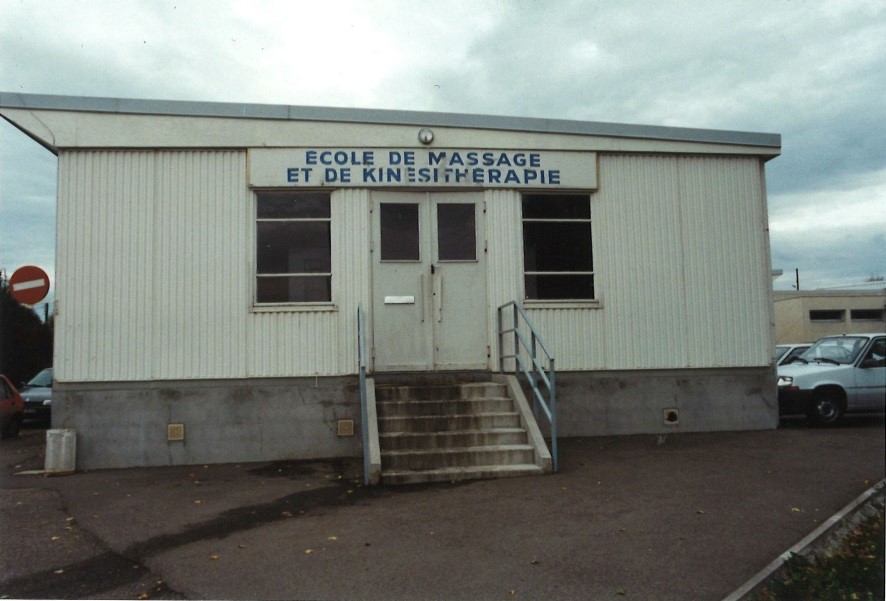 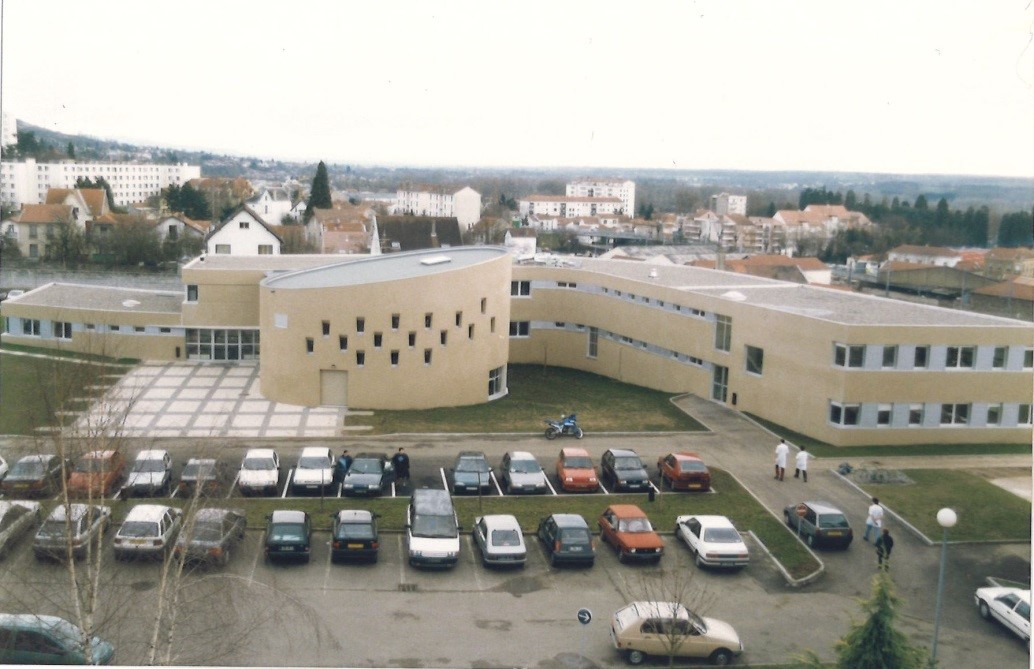 In 1946, as the State Degree of “masseur-kinésithérapeute” (Physiotherapist) was created, the Vichy school received its first national certification. The training provided took place over 2 years.

From 1954, the recruitment of the Vichy school spread to the national territory and began to forge a reputation. On February 25, 1965, the evolution of techniques and practices transformed massage schools into massage and physiotherapy schools. In 1968, the allocation of new premises on the Hospital Center allowed a real estate extension of the school and an increase in its enrolment. In 1969, the training provided increased to three years of study. The recruitment of students is done through a post-baccalaureate (high school) competition.

In 1989, the VICHY IFMK transformed the recruitment methods for its students. It abandoned her recruitment by post-baccalaureate competition. An agreement with the University of Auvergne, and more particularly the UFR of medicine of Clermont-Ferrand, allowed the creation of a year-long selection-by-training process. This year is called “Année Préparatoire aux Etudes de Masso-Kinésithérapie” (Preparatory Year for Masso-Kinesitherapy Studies - A.P.E.M.K.). Its content is 90% that of the first year of medicine and for 10% an introduction to the fundamentals of physiotherapy. From that date, the training in Masso-Kinesitherapy (physiotherapy) at the Vichy Institute took place over four years of study.

In 1993, the financial involvement of the Vichy Hospital Center, the City of Vichy and the General Council of Allier allowed a new real estate creation. At the same time, the schools of massage and physiotherapy are renamed to Institut de Formation en Masso-Kinésithérapie (Institute of Training in Masso-Kinesitherapy - I.F.M.K.).
In 2010, the preparatory year is joined to the new year of selection of medical professions.
A reform of the admission conditions in the Instituts de Formation en Masso-Kinésithérapie (Physiotherapy Training Institutes) was expected for the start of the 2015-2016 school year.

The decree of 2 September 2015 relating to the State Degree of masseur-kinésithérapeute (physiotherapist) brings the initial training to 4 years. The training is now organized on a university model, in two cycles of four semesters each and consists of 32 Teaching Units (UE). Each semester is worth 30 European credits (ECTS). The validation of the UE and the acquisition of the 11 skills to be acquired leads to 240 ECTS and the State Degree of masseur-kinésithérapeute (physiotherapist).

With 267 students at the beginning of the 2017 academic year, the question of the extension or creation of new premises becomes urgent to meet the request of the Regional Health Agency, which wants the IFMK to train 80 students in 2015 and 90 each year from 2017.
The project was on the backburner for more than five years from 2013, and, eventually, moving was the selected solution. In May 2016, a project to rehabilitate the industrial wasteland of the Docks de Blois, along rue Fleury, close to the Hospital Center, the train station and the university center, was presented. After a year and a half of work, the move was done during the summer of 2018, just before the start of the academic year.

On 21 September 2018, the new premises of the IFMK were inaugurated. The following week, the IFMK opened its doors to the public to discuss both its history and its future by offering guided tours by students, various workshops, a photo exhibition, an exhibition retracing the history of the school since its creation in February 1941 and conferences and massage sessions. 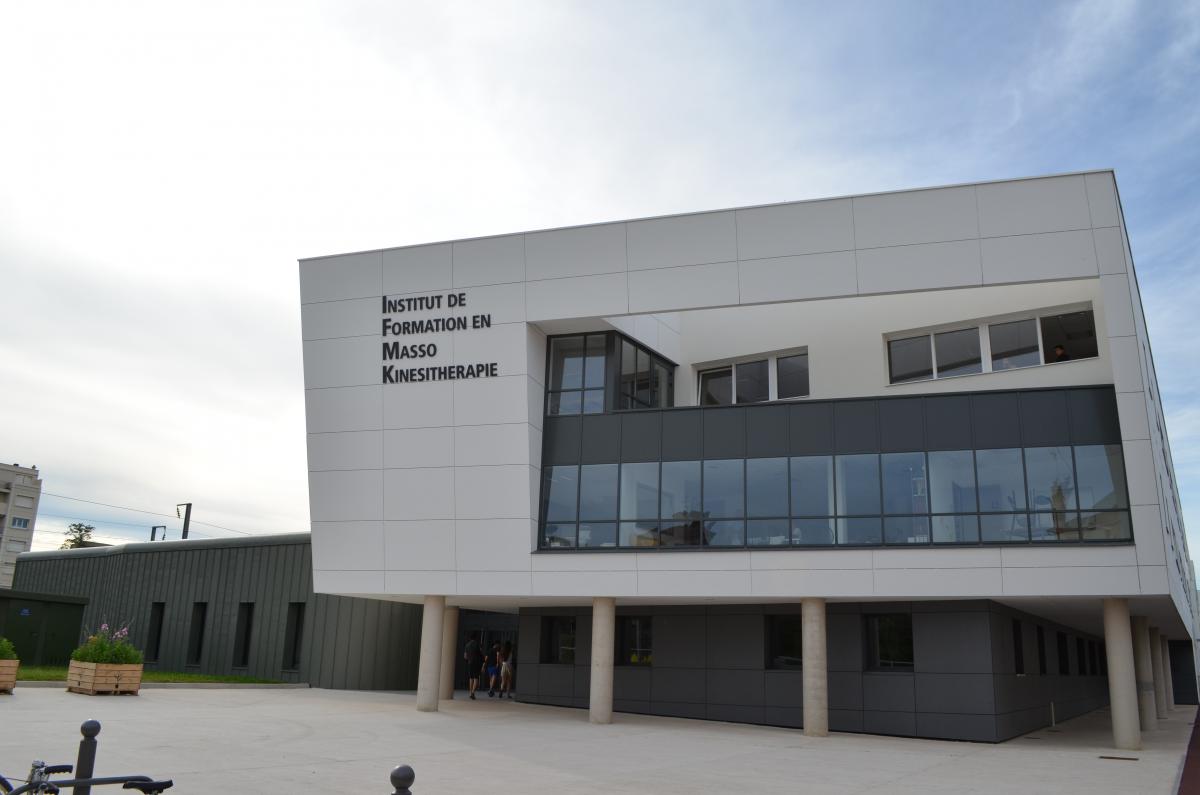 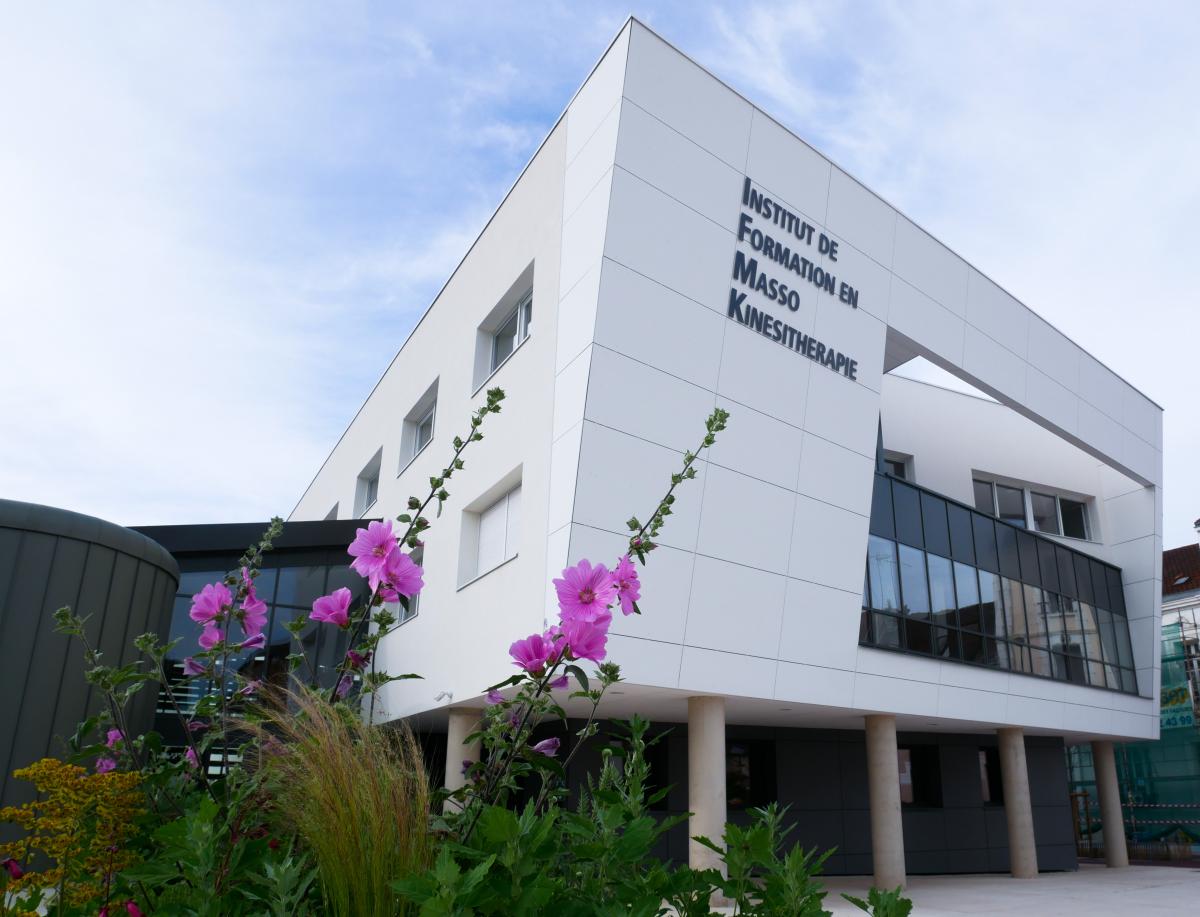